The beginning of autumn in Poznań means only one thing - POLAGRA. It is the only event for the food industry in Poland which, despite the pandemic, has maintained its continuity and was held both in 2020
and this year. And, judging by the number of visitors, the mood in the industry is improving. Both food producers and distributors are ready to meet, they are looking for new customers, products, services, and they want to talk about the future.

New products in the food industry

In accordance with the brand's assumptions, this year's POLAGRA exhibition is a combination of food products and technology for the food industry and HoReCa sector. Dairy co-operatives, meat and meat product manufacturers – including those from Portugal – as well as alcohol, confectionery and sweetened drink producers presented their latest products at the exhibition. Organic products, such as pickled carrots, beetroot kimchi, Jurassic salmon, and regional products such as Łominicki cheeses from smaller farms, which are becoming increasingly popular with consumers, were also present at the event. The FOODTECH Exhibition, in turn, is a presentation of the latest machines and devices without which it is difficult to imagine any production process in a modern plant. At the exhibition one could even observe some of them in process. 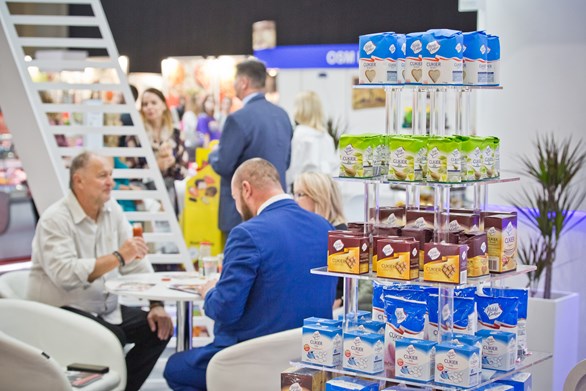 Therefore, it should come as no surprise that Grzegorz Puda, Minister of Agriculture and Rural Development, during the opening gala of the Fair which took place on 4 October encouraged visitors to come to Poznań, stressing that the Fair was an excellent opportunity for farmers, company representatives and entrepreneurs to exchange experience and learn about new technologies.

During the aforementioned gala event, the MTP Group Gold Medals were also presented. The undisputed leader in the FOOD category this year was the Mlekovita Group, which received as many as 12 statuettes. Awards were also granted to products of such companies as: Krajowa Spółka Cukrowa, Okręgowa Spółdzielnia Mleczarska w Kole, and Przedsiębiorstwo Zbożowo-Młynarskie "PZZ" w Stoisławiu S.A. In the FOODTECH category, the medals were awarded to products from Clevro Robert Klemba, HERT, Foodmate B.V. and Weindich sp. j. companies. Diplomas and statuettes were also received by the winners of the Consumer's Choice Gold Medal competition, and they included Przedsiębiorstwo Zbożowo-Młynarskie "PZZ" w Stoisławiu S.A. and Clevro Robert Klemba companies.

Every year, POLAGRA also features a large number of accompanying events. The first day of the Fair was the initiation of e.g. the International Meat Market Forum on the occasion of the General Assembly of UECBV (European Livestock and Meat Trading Union) and YEMCo, organised by the Polish Meat Union. During the event, theorists, practitioners and officials from around the world discussed the fundamental problems of the meat sector. The main topic was the Farm-to-Fork strategy and its implications for the industry. Issues such as trade in the post-COVID era, the
ASF crisis and attacks on livestock farmers were also addressed.

On that day, experts from the law firm WKB Wierciński, Kwieciński, Baehr appeared on stage as well to discuss the latest trends and legal obligations in food labelling, packaging and distribution. This training is very popular among POLAGRA visitors every year because the legal environmentin these issues is dynamic, both in terms of requirements imposed on food distributors and related inspections. 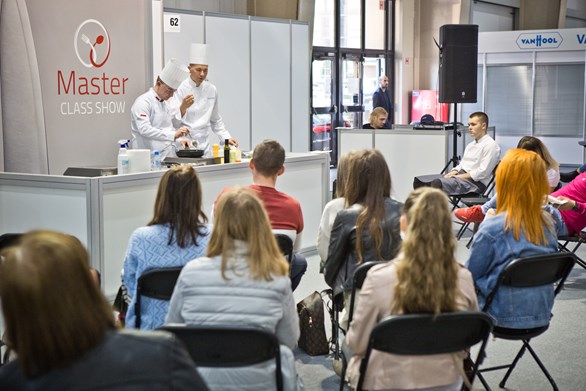 This year's edition of POLAGRA was also full of culinary inspirations. These were provided by the masters themselves. In the Master Class Show zone shows were conducted by Paweł Salomon, Bartosz Fabiś and Michał Kozłowski – the Polish Culinary Cup winners. There was also a workshop zone created by the editors of Restaurant Management, where, for 3 days, one could gain knowledge and practice it under the watchful eye of such chefs as Wojciech Harpkiewicz, Ernest Jagodziński and Tomasz Purol. Bakery-related topics were neither neglected – during the 3 days of the Fair, there was the Baking Forum – Healthy Baking organised by the Association of Bakery Craftsmen of the Republic of Poland, financed by the Fund for Promotion of Grain and Cereal Products.

Poland as a food export tycoon

On the second day of the Fair, the first edition of Polagra Export Meeting was held.  The meeting was opened by Filip Bittner, Vice-President of the MTP Group Management Board, who emphasised that food export is an important driving force for the Polish economy, so POLAGRA could not lack discussions on pro-export activities.

As an introduction to the discussions on the future of Polish exports, a short lecture was given by Iwona Szczepaniak, PhD, from the Institute of Agricultural Economics and Food Economy, who emphasized that Polish food export continues the upward trend. Andrzej Szumowski, President of the Polish Vodka Association, agreed with this statement, but noted that in order to maintain the trend, Polish entrepreneurs need to look for new markets. Witold Choiński, President of the Polish Meat Union, in turn, noted that it is important for the food industry to keep up with European trends because whereas a dozen or so years ago consumers looked at food safety and then at its quality, today it is just a standard requirement, and customers look for other values such as zero emissions in food production.

In the next part of the congress, Karolina Pawlak, PhD, from the University of Life Sciences in Poznań, summarised the conclusions on the prospective markets for Polish food exports, listing among them the countries of Asia and the Middle East, as well as Africa and South America.

The experts invited to participate in the congress also stressed the importance of creating Polish food brand. Waldemar Broś, President of the Board of the National Association of Dairy Cooperatives, emphasised that building the Polish food brand is the most important element in export, although it is a process that takes years and is expensive. He pointed out as well that for several years the Ministry of Agriculture has been working in this respect, supported by funds such as the Agricultural and Food Promotion Fund, which promote Polish products.

Masters of the art of baking

This year's edition of POLAGRA was the arena for the competition between masters of the baking craft, both professional and amateur ones, as well as representatives of Farmers' Wives Associations and students of food industry schools. The National Master Baker Competition lasted two days. It resulted in the creation of delicious breads, rolls, challahs and yeast cakes. The final works were evaluated by a noble jury chaired by Józef Sadkiewicz, PhD, President of the Sadkiewicz Institute CPKZ at Zakład Badawczy Przemysłu Piekarskego Sp. z o.o. 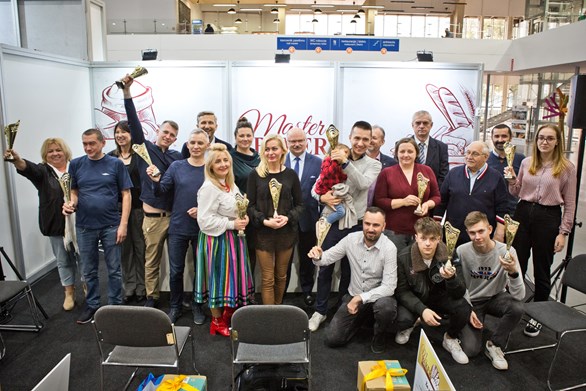 The competition was organised by The Polska Ekologia Association and financed by the Fund for Promotion of Grain and Cereal Products.

For years, POLAGRA has been integrating the food and catering industry and is a place for gaining new business contacts, exchanging knowledge, and talking about the future of the sector. As emphasized by Tomasz Kobierski, President of the MTP Group, Polagra is a time to talk about food, and a time when we have to face new consumer preferences but also changed distribution channels.  The next edition of the Fair is planned for autumn 2022. The exact date of the event, according to the organizers, will be announced soon.

They are already exhibitors. Which companies have announced their participation in POLAGRA fair?

Crises, challenges, solutions. POLAGRA at the center of the industry